If a dialogue box says, “Exception has been thrown by the target of an invocation” or “Resolution of the dependency failed” then it indicates an error while launching Sage Act.

Sage act is designed to run on Windows, and data must be stored in a SQL server database. It is linked to Microsoft Word, Outlook, Excel, and other programs. Sage occasionally encounters errors like any other software. This blog will shed light on how to resolve these particular errors.

The error can occur due to multiple reasons. A few of them are listed below:

A.  There is a possibility that Sage software preferences are damaged.

B. Microsoft.NET Framework installation is incomplete or corrupted.

C. Can also be because a third-party add-on is possibly causing disputes.

D. the registry key for Microsoft.NET Framework 3.0 is missing.

F. Tahoma is a missing or damaged Windows font.

G. Preferences for Sage Act programs have been negatively affected.

This error can be resolved by looking carefully into the cause by which it has possibly occurred. Listed below are various methods the user can use to fix the error, accordingly.

Method 1: By Running as the Administrator

1. On the desktop window, start by making a right-click on the Act! Icon.

2. After choosing the Act! Icon, browse down to Properties, and select the tab saying “Compatibility”.

3. Now, proceed to Run this program as an Admin. For this, check the box present under the privilege level.

1. For the first step, open the Windows Task Manager from the processes Tab.

2. Now from the Windows Task Manager, Select the end process for “Act.Outlook.Service.exe”.

4. In the tab, enter the command: %appdata% in the box to find the Search box.

5. The user will find the Search box located right at the lower left of the Start Menu.

6. On the screen a folder will open, naming Application Data Folder.

7. Browse and Select to Open the ACT folder.

8. Various folders will appear in the ACT for windows (version#).

9. After the subsequent step, Now rename the folder as “Act for WindowsOLD”.

10. For the final step, after you are done, Open to Restart.

2. Now, go to the Windows Start option press and Start.

3. Enter by typing “Regedit” and clicking on the OK button.

4. After this step, proceed to locate the registry key as listed below:

If in case you are unable to find the key, follow the steps to add one:

1. For the first step, initiate and create a Backup before you start editing.

2. After the subsequent step, proceed to download the 25865.reg file.

4. If a pop for asking confirmation appears, hit the Yes button.

Method 4: For when the Tahoma (Windows Font) is Missing or Damaged.

1. Start the first step by closing the Act.

2. For the next step, browse the location of the Act installation.

5. Proceed by renaming the folder to Plug-in.

7. If an Act is triggered, then close it again.

8. Now, return back to the original name of the tab Plug-in.

9. For the next step, rename individual plug-in files in the plug-in folder to attempt to open Act.

10. For the final step, reinstall-uninstall the plug to resolve the error.

The above-mentioned blog is laid out to put out the right and optimum information about how to carry forward the process of removing the Sage Dependency Failed Error. This blog has provided all the necessary causes and the correct methods to resolve the same.

If you are stuck with any issues or have doubts about how to remove the Dependency failed error, you can get in touch with the customer helpdesk. The team members are skilled and are available at the earliest.

Ask Yourself the Following Questions( FAQs)

Yes, this can be a possible cause for the Sage Dependency Failed error. For resolving this error the user may need to repair or uninstall and reinstall Microsoft. NET Framework. 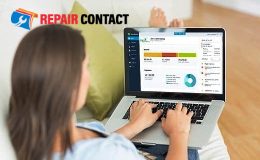 QuickBooks enterprise accountant support is a premium service provided by a team of certified ProAdvisors. Our third party QuickBooks technical assistance service aims to simplify the use of complex tools and features that accompany QuickBooks. At the barest minimum, we have helped users through complex errors and have recovered data … 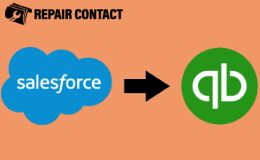 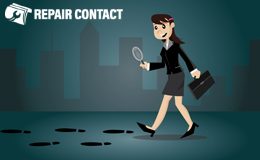 What are Best Practices to Track Suspicious Activity in QuickBooks

There are specific best practices to track suspicious activities in QuickBooks. QuickBooks is a highly secure accounting software with multiple levels of encryption. Security has always been an important aspect of this accounting software. This is why many users trust this software with their financial data and personally identifiable information. …

Disclaimer - Repaircontact is the sole organization that provides you customer assistance for all the accounting services such as tax, payroll, accounting, inventory, customer transactions, bill payments, etc. All the content on the website is the property of the company and we are not associated with any third-party organization. We provide customer assistance 24/7 via a toll-free number, email, or live chat.